Marshall, Kaitlynn and I met for their Kansas City Engagement session last week!  We started at a unique location that included a stream, waterfall and walking trail near Watts Mill Waterfall and then we finished at Loose Park!  As we talked through their engagement session, I learned about their connections to Manhattan (where they’ll be tying the knot in January!), Marshall’s job as an engineer, and Kaitlynn’s medical school journey!   I have to say that their love story is too cute not to share!

There were so many times in Marshall and Kaitlynn’s lives where they should have met. His childhood friend dated her best friend’s older sister. He lived in Manhattan while she was in high school. And in college, he lived next to her best friend for a year. Yet, their paths never crossed until they both showed up to a blind date in Kansas City.

She remembers talking to her best friends, Jordan and Jessica, right before the date and laughing that this might be her last first date ever. Little did she know that she was right!  They met at a Mexican restaurant near where Kaitlynn lived. Over dinner, they started to really feel a connection. He walked her to her car afterwards, both of them reluctant to end such a nice date. She could tell he was nervous and as she unlocked her car, he planted a surprise kiss that completely knocked her off-balance (don’t worry he caught her)!

Their first date was nice, but they always say it was the second date that they knew they were meant to be. Marshall was in the process of moving out of his apartment and Kaitlynn had just finished an exam for school. They decided to hang out and eat Chinese food at his half-boxed up apartment and watch a movie. They drove around forever because the place they were going to order from had closed but they didn’t mind because we were together. They finally gave up and brought some fast food back to his place. They can’t even remember the movie because after so little sleep studying and feeling so comfortable, Kaitlynn accidentally fell asleep right after eating. He just wrapped her up in a blanket and brought her a toothbrush because “It looked like she needed the nap”. They’ve been totally comfortable being their goofy selves around each other ever since.

After a year and a half of dating, Kaitlynn was going home to visit her family in Chapman but first stopped to hang out with her best friend Jordan. Jordan had been raving about accent nails and this nail salon she was fond of so they decided to stop in and try it. Kaitlynn ended up with glittery pink nails that day to match the pink oversized sweatshirt and leggings she was wearing. (She hadn’t planned on getting engaged that day!) While getting their nails done, Jordan was telling Kaitlynn all about a new winery that opened in town and how it was super cool. She convinced Kaitlynn that they needed to go check it out and they ended up driving out to Liquid Art Winery in Manhattan. When they arrived Jordan started acting strange and insisted that Kaitlynn go check out the awesome view right away and whooshed her past the hostess. As they turned the corner Kaitlynn saw a man standing outside. Her first thought was “why is someone just standing out here, it’s cold”. Then he turned around and she realized it was Marshall. She was so taken aback because he told her that he was staying in KC all weekend to work. So there Kaitlynn was in her sweatshirt, no make-up, frizzy-haired glory standing before him as he promised to love her forever and asked Kaitlynn to marry him. Tears were shed and a solid yes was given. Kaitlynn looked to her right through the glass window back into the building and see both of their families cheering for us.  Marshall really enjoyed surprising her, she had no idea that was coming.  There was also a bridal fair in town the next day so it was perfect that she was the most newly engaged person there!  They had always talked about getting married and Kaitlynn helped design the ring, but she definitely had no idea that it was going to happen that day! 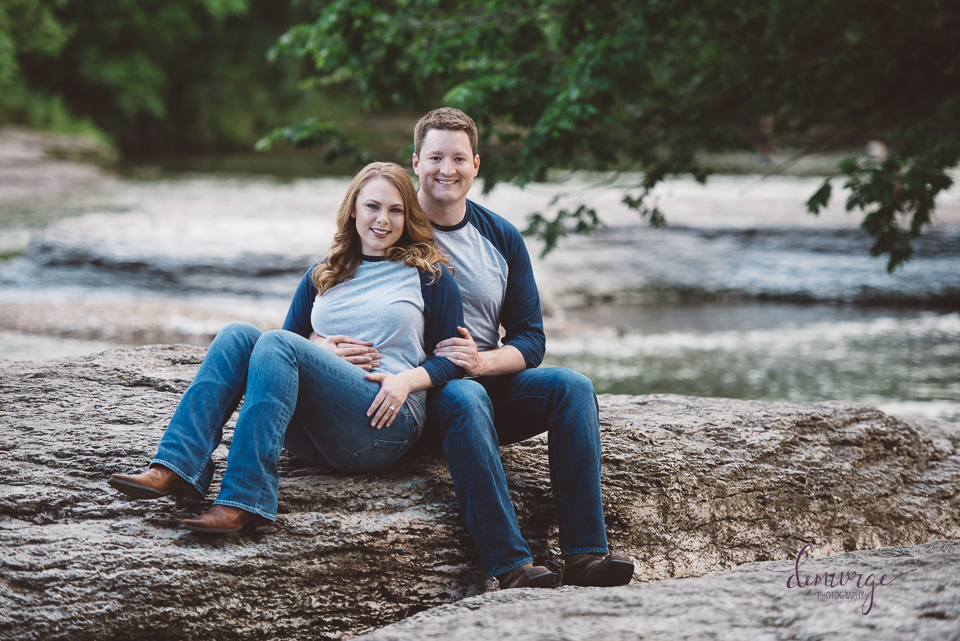 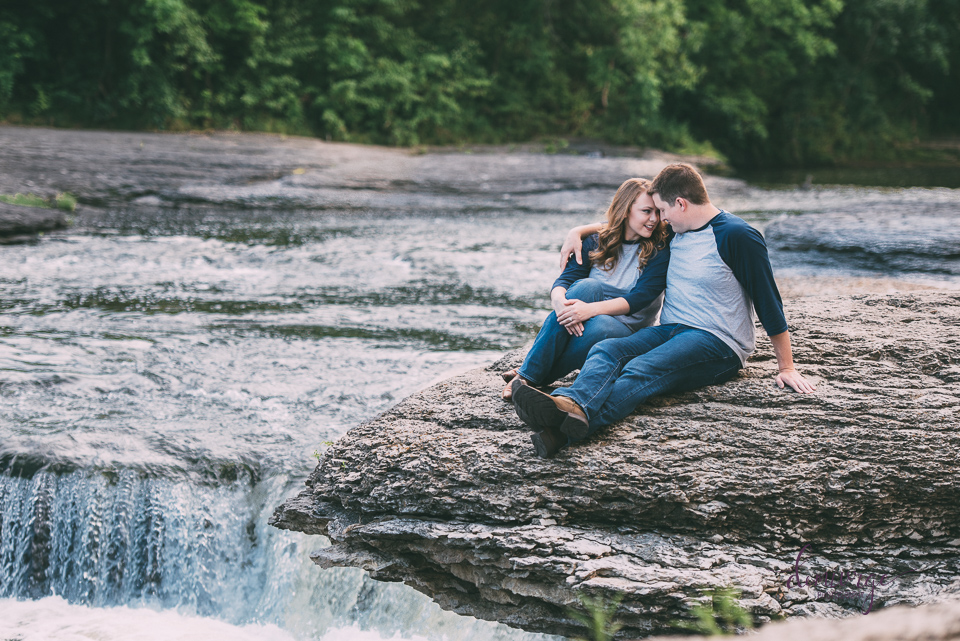 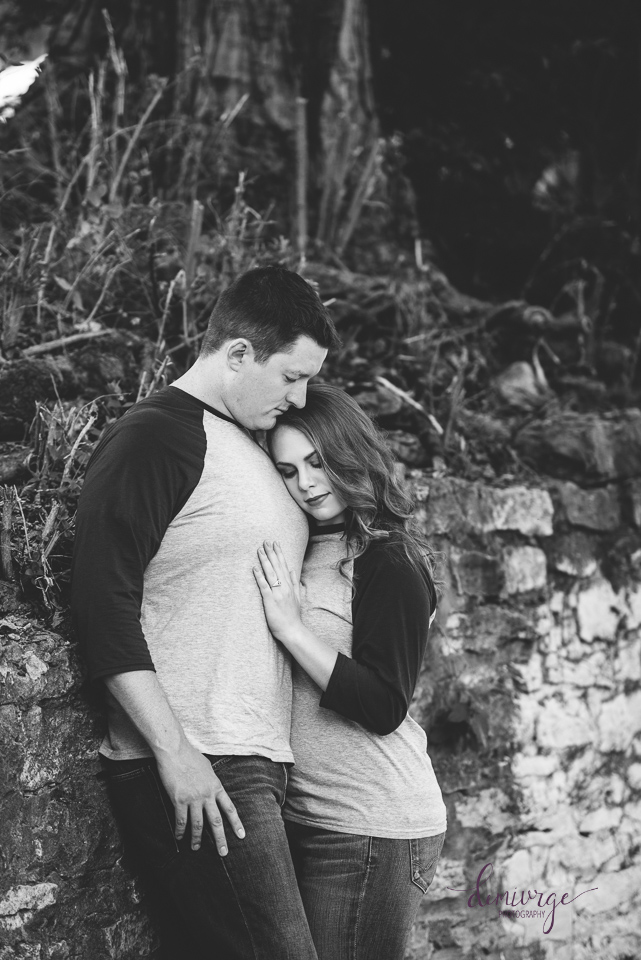 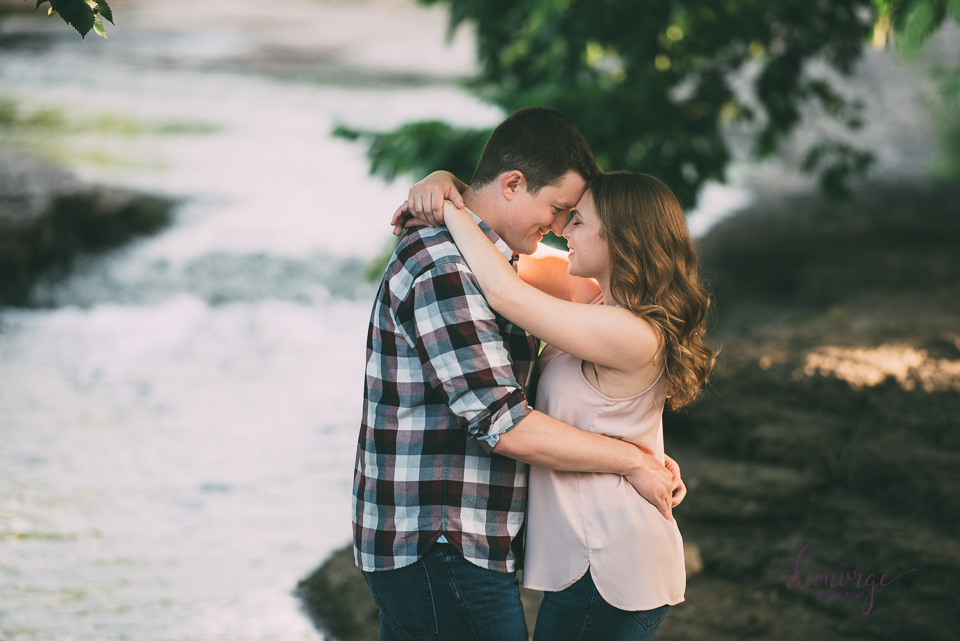 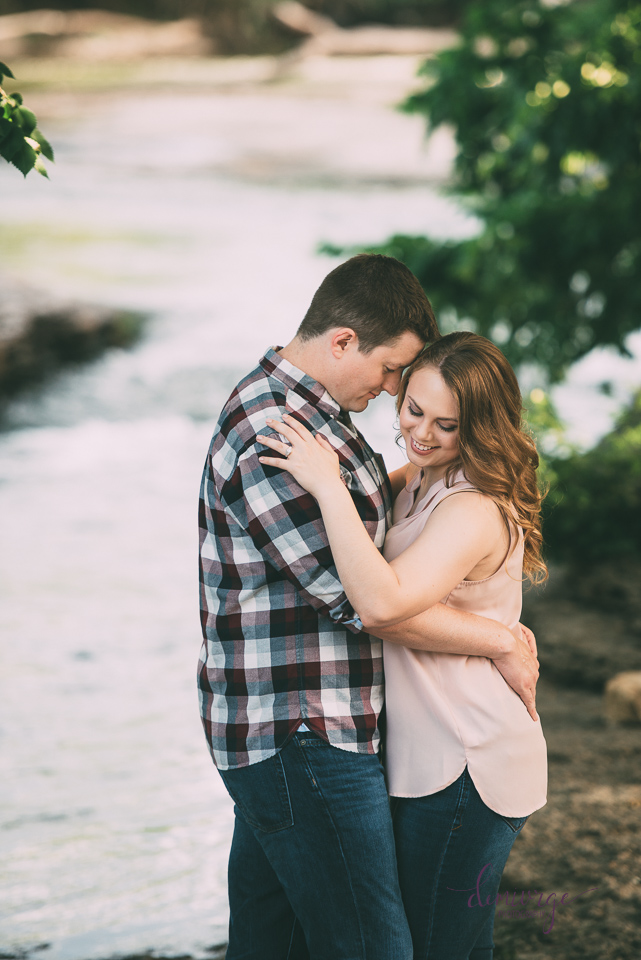 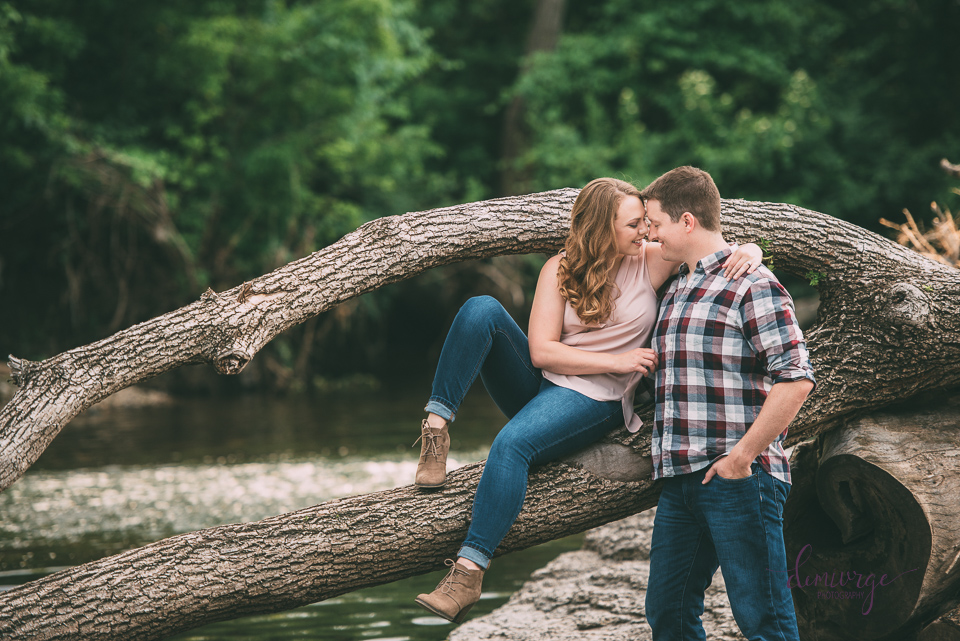 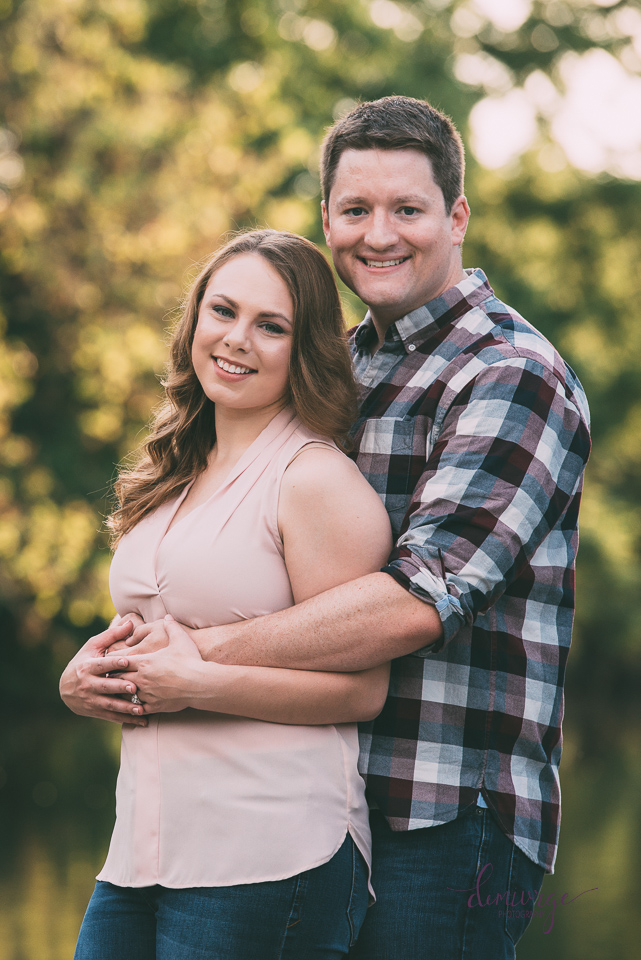 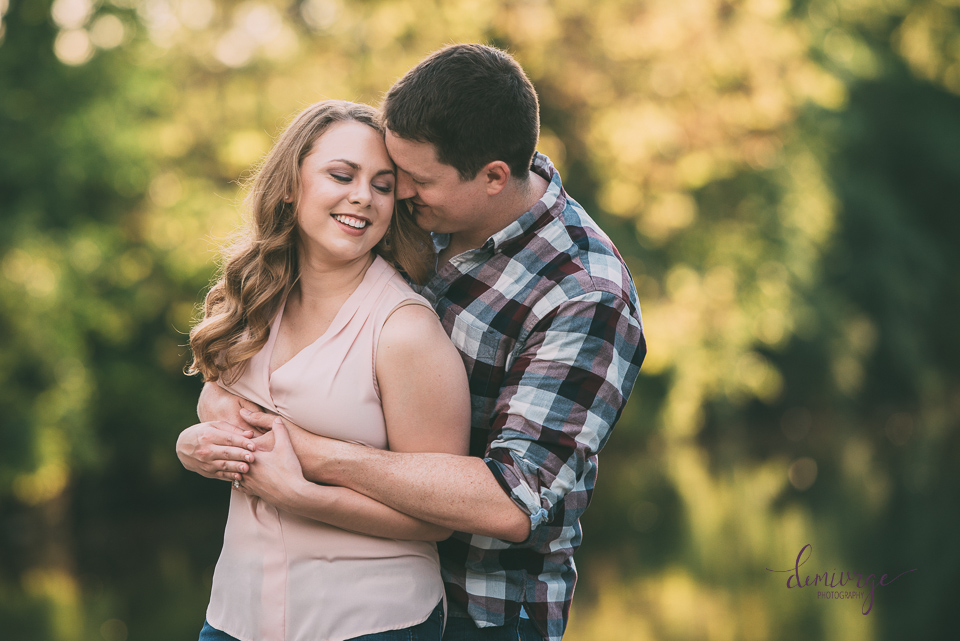 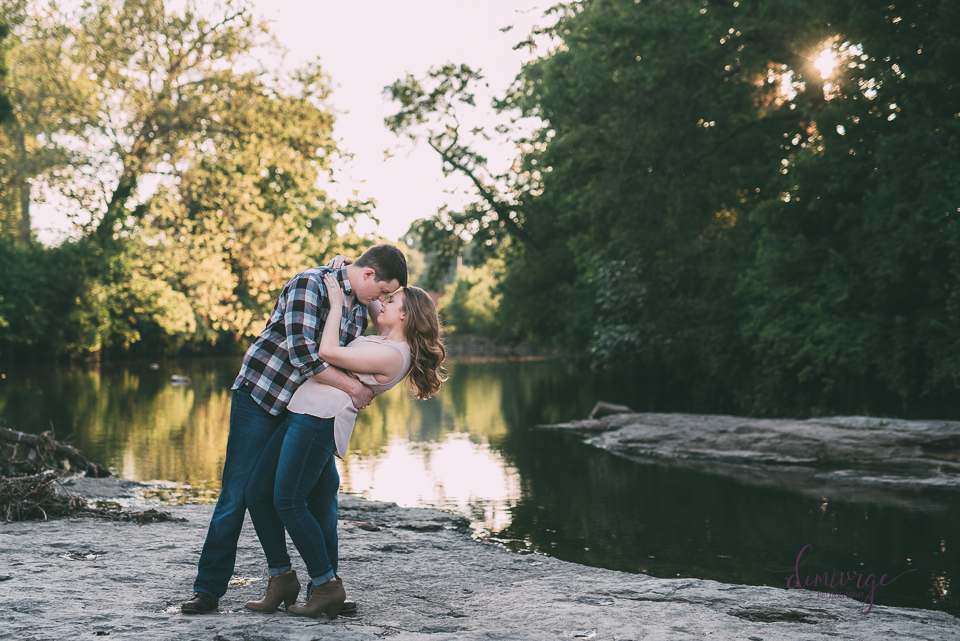 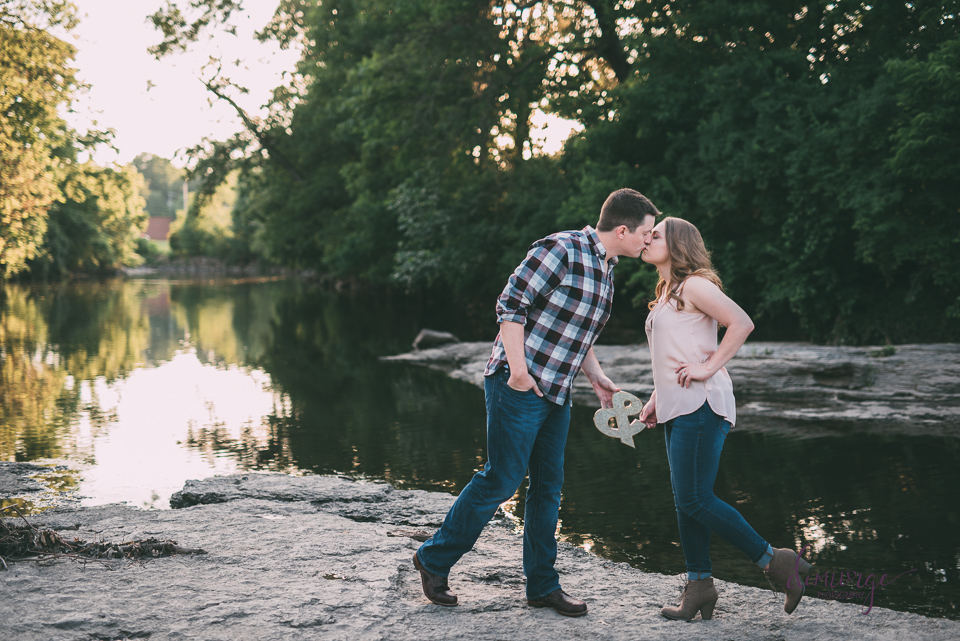 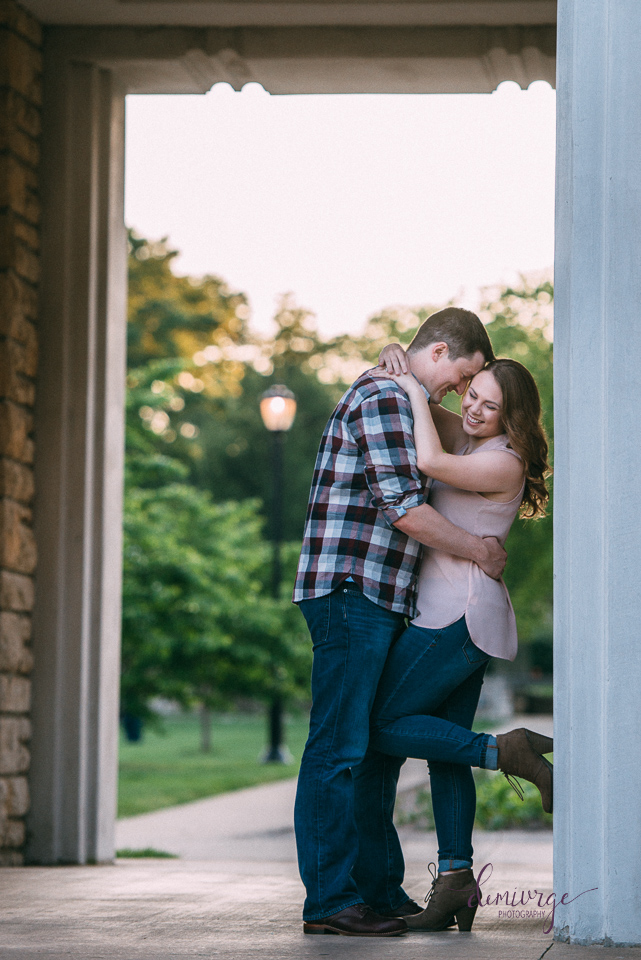 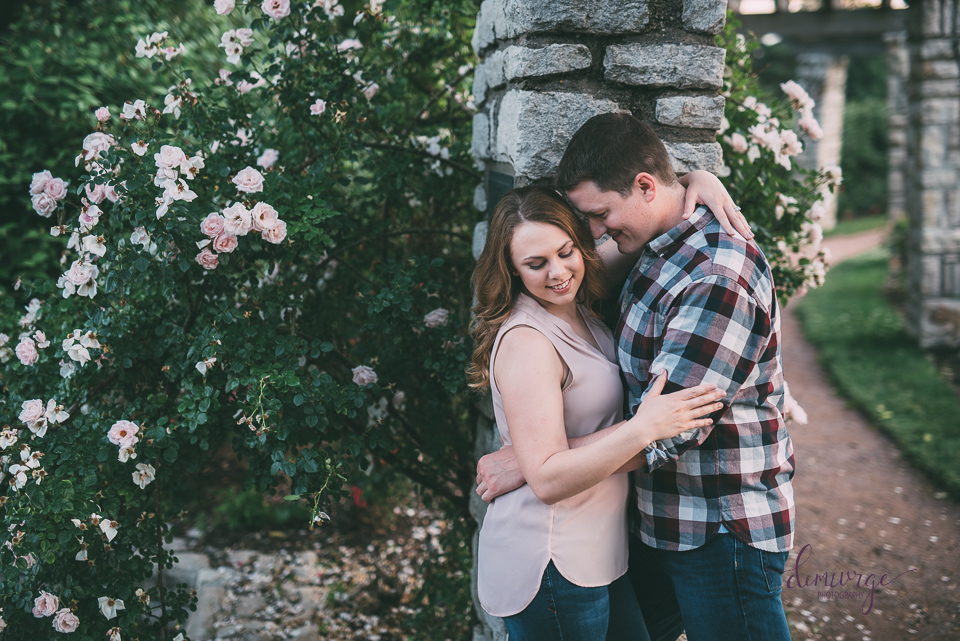 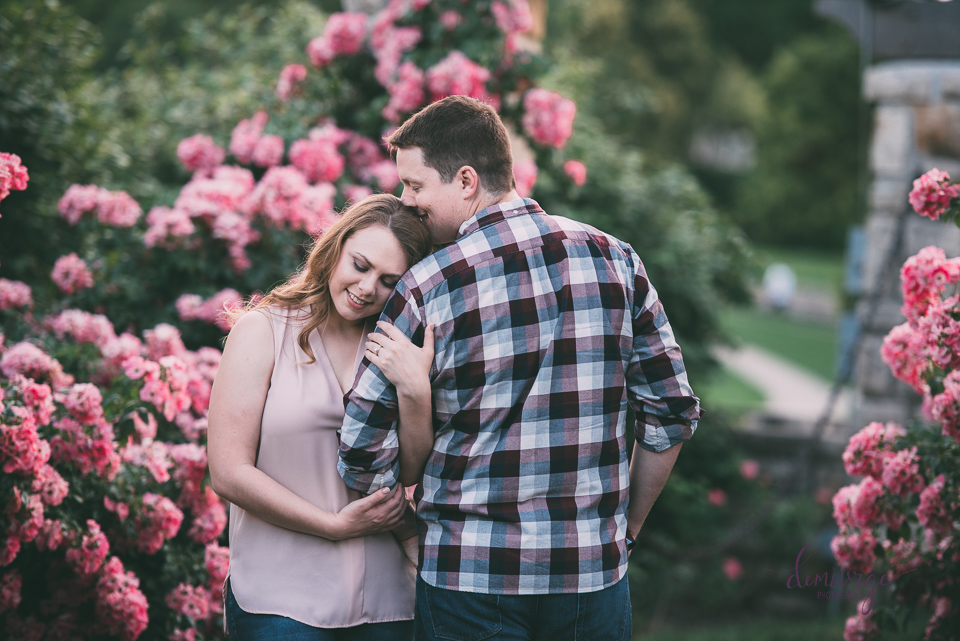 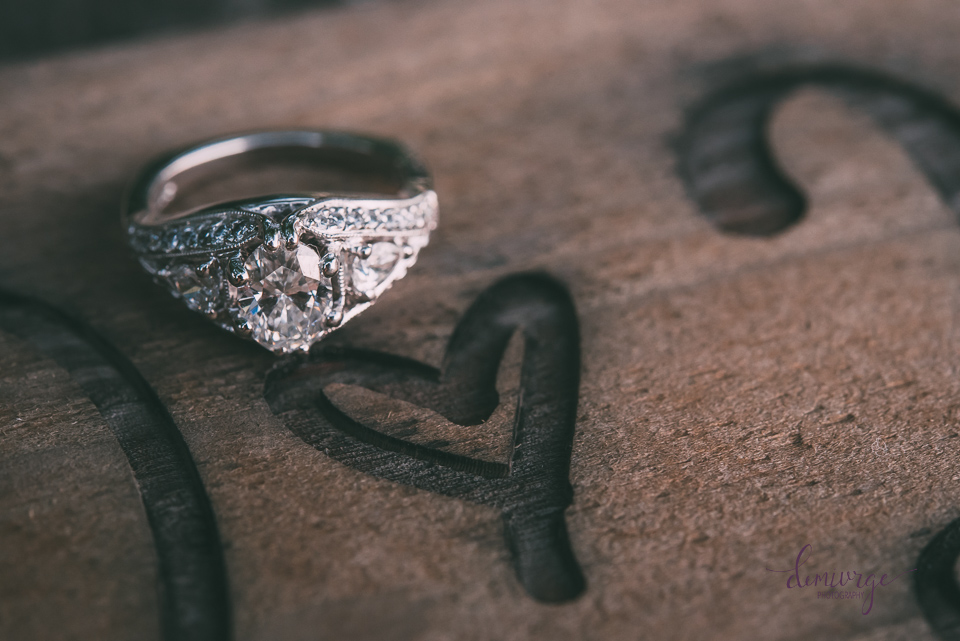 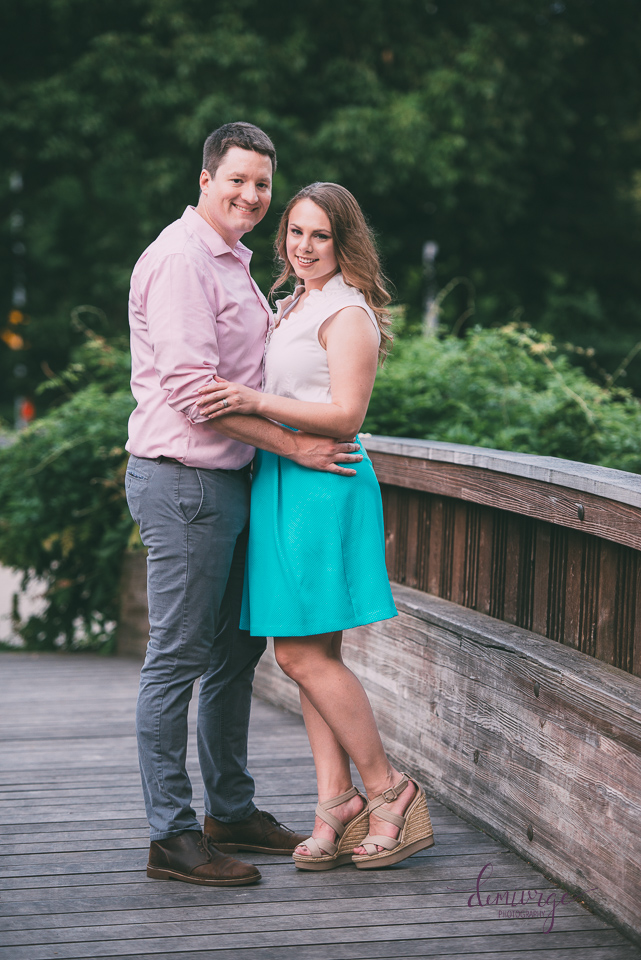 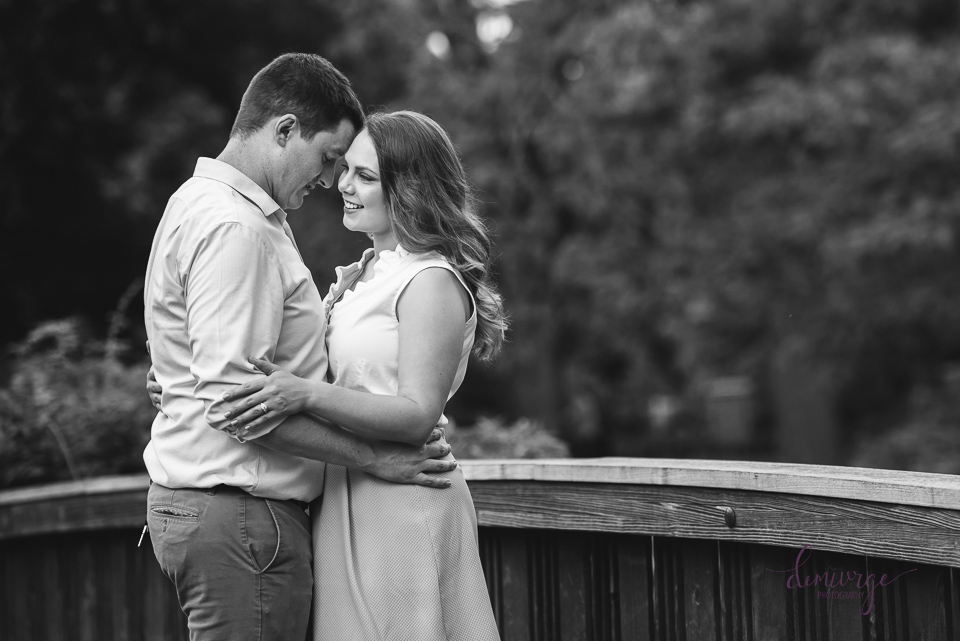 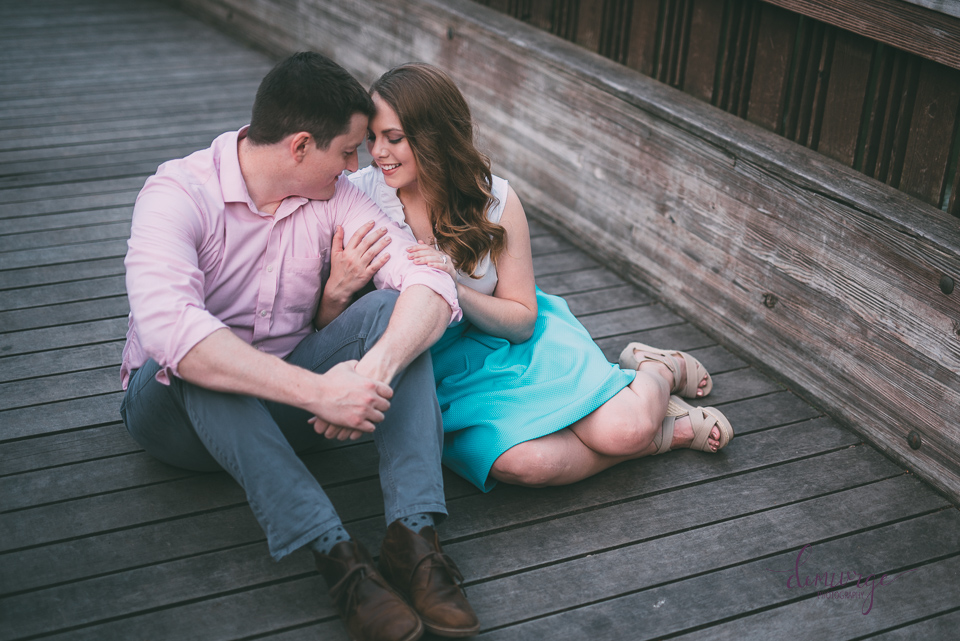 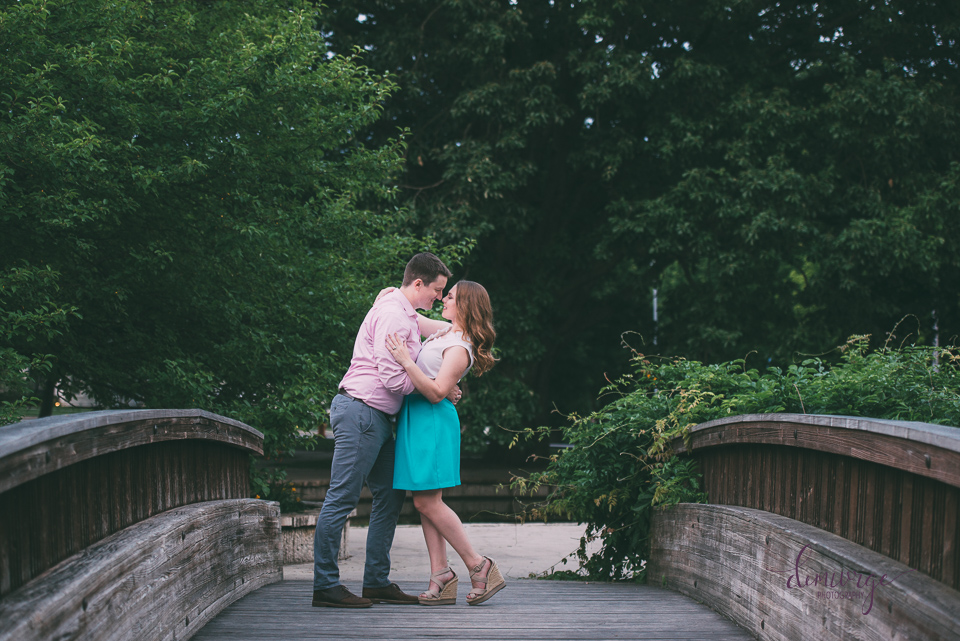 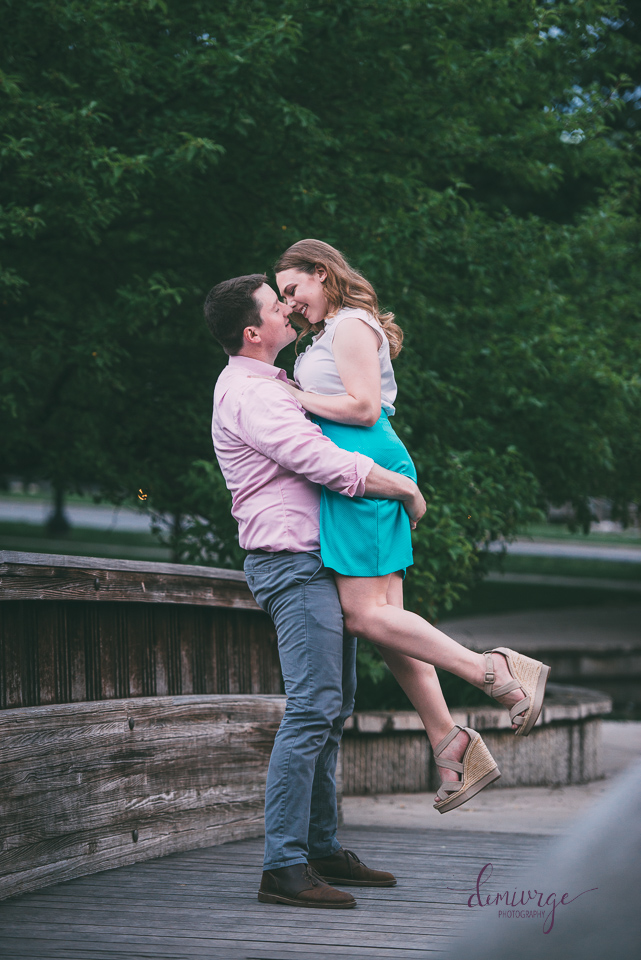 If  you’re interested in reserving your wedding or a portrait session with Demiurge Photography, you can contact me HERE!

Your email address will not be published. Required fields are marked *